"In 2010 a group of 11 Dutch fashion designers went to the World Expo in Shanghai to work on a collection together with some of their Chinese counterparts. The starting point for their collaboration, a series of workshops resulting in one collection, was the seventeeth-century trade between the Netherlands and China during Holland's Golden Age. Designer Alexander van Slobbe led this cultural mission, which, upon their return to the Nederlands, was continued in the form of a weaving project, a master class couture and a photography assignment. The results of the workshops in Shanghai and Amsterdam were presented to the public in an exhibition in the Willet-Holthuysen Museum in Amsterdam." 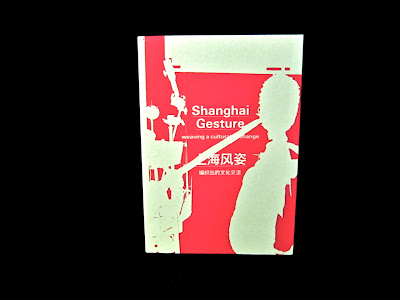 A few books in store!
Email ThisBlogThis!Share to TwitterShare to FacebookShare to Pinterest